• There is strong evidence that a rapid and total or nearly-total carbon phase-out will be technically feasible, both for developed and developing countries.

• Economic analyses suggest that a rapid carbon phase-out can be achieved at an aggregate global cost that is affordable, and much less than the potential costs of climate impacts.

• Nonetheless, a rapid carbon phase-out will be very demanding for all countries, especially developing countries, and presents potential risks to human rights.

• Even greater risks to human rights than the risks posed by aggressive mitigation action arise from the profound impacts of climate change, especially if temperature increase exceeds 2°C, which becomes increasingly likely if mitigation is delayed.

• There is good reason to believe that risks posed by mitigation can be dealt with, provided there is an ambitious and fairly shared global effort to achieve a rapid carbon phase-out while preserving human rights, and a commitment to integrating human rights and equity in all national climate policies.

Is all of this already clear? Perhaps it is, or perhaps not. In any case, these points are rarely made as clearly, or defended as well, as they are here.

Our new report, National Fair Shares, summarizes the analysis embodied in the Climate Equity Reference Calculator, a generalized approach to considering equitable effort-sharing in an international climate agreement. This approach is designed to preserve “equitable access to sustainable development” even as it drives an extremely ambitious global mitigation program, and is particularly timely as countries prepare to submit their Intended Nationally Determined Contributions (INDCs) to the UNFCCC.

In this report, we systematically apply a generalized and transparent equity reference framework, with the goal of quantitatively examining the problem of national fair shares in a global effort to rapidly reduce greenhouse gas emissions. This framework is based upon an effort-sharing approach, uses flexibly-defined national “responsibility and capacity indicators,” and is explicitly designed to reflect the UNFCCC’s core equity principles. It can be applied using a range of possible assumptions, and whatever values are chosen, they are applied to all countries, in a dynamic fashion that reflects the changing global economy. In this report, we present results for twelve representative countries and a selected set of illustrative “cases.”

The quantitative analysis in this report is based upon the Climate Equity Reference Calculator, an online tool and database that allows the user to select “equity settings” relating to key equity-related parameters, including responsibility, capacity, and development need. These settings are then used, together with standard demographic and macroeconomic indicators (e.g., national population, GDP and carbon-intensity) to calculate implied national fair shares of the global mitigation effort. Importantly, this fair share is expressed as a sum of domestically- and internationally-supported mitigation.

For a short summary of the report (6 pages) see here. 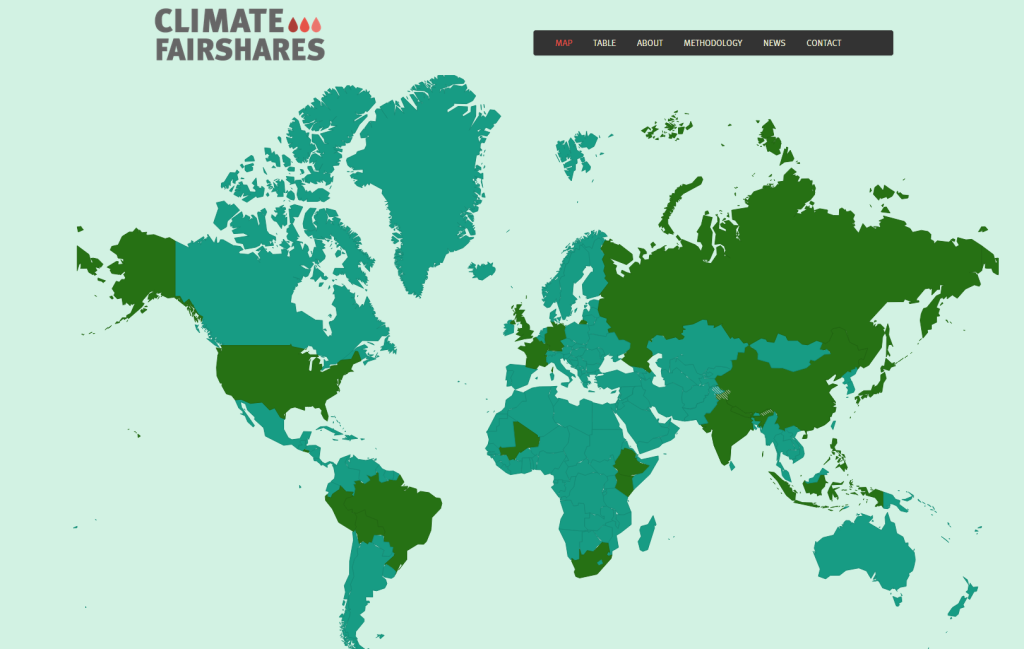 This elegant system, put together by Friends of the Earth EWNI and Jubilee South Asia Pacific Movement on Debt and Development, is based on the “responsibility and capacity index” analysis embodied in the Climate Equity Reference Calculator. Its map interface is very cool, and simple to use, for it presents only a single Equity Settings profile. This is, for the record, a “high equity” profile defined by the Strong 2C pathway, high progressivity settings (including a $50,000 luxury threshold), a 1850 historical responsibility start date, a 50/50 responsibility/capacity weighting and “capacity adjusted” domestic emissions.

The first of our “next generation” of country reports was just done, for Norway, together with Norwegian Church Aid and the ACT Alliance.

The report — Norway’s fair share of an ambitious climate effort — is the firs major report that we have done since we updated and generalized the Greenhouse Development Rights system, and re-released our calculator as the Climate Equity Reference Calculator.

This report is also notable for restricting itself to the “Strong 2C mitigation pathway.”  In other words, the very challenging numbers in this report are associated with an extremely ambitious global mitigation transition, one that would actually have a good chance of stabilizing the climate system. 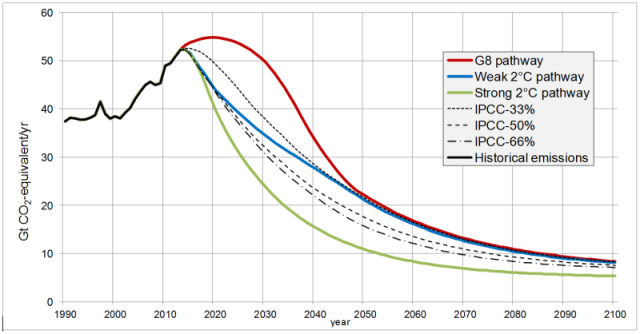 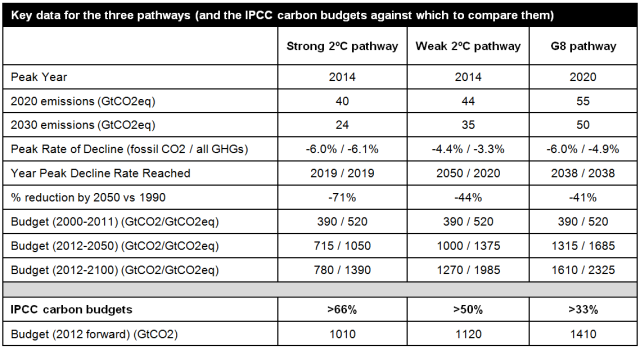