The Greenhouse Development Rights framework was developed and modeled by Paul Baer and Tom Athanasiou of EcoEquity and Sivan Kartha and Eric Kemp-Benedict of the Stockholm Environment Institute. The authors  can be contacted at gdrs_authors@googlegroups.com . 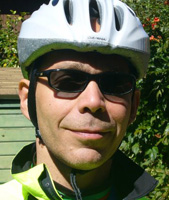 Tom Athanasiou is a writer, critic, speaker, and organizer.

Tom directs EcoEquity, an activist think tank that focuses on developmental justice in a climate-constrained world.  His principle interests are class division and international discord – or rather cooperation – in the context of the global climate emergency.  Another way of putting this is that he seeks an extremely rapid global climate transition, one that’s fair enough to actually succeed.

Tom coordinates the Greenhouse Development Rights author’s group, and has long been active in a variety of climate and climate-equity projects.  He is for example the co-chair of the Climate Action Network’s Equity / Effort sharing working group.  He is currently focused on the global campaign, within the UN climate negotiations, to establish an “Equity Review” in parallel to the “Science Review.”

Tom is the author of Divided Planet: the Ecology of Rich and Poor, Dead Heat: Global Justice and Global Warming, and (co-author) Greenhouse Development Rights: The Right to Development in a Climate Constrained World.  He is writing a new book, with a secret title.  (Its working subtitle is Economic Justice as the Key to the Greenhouse Century). 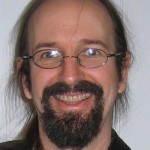 Paul Baer is an internationally recognized expert on issues of equity and climate change, with training in ecological economics, ethics, philosophy of science, risk analysis and simulation modeling.  He joined the faculty of the School of Public Policy at the Georgia Institute of Technology in August of 2009, where he teaches statistics, climate policy, environmental policy, and ecological economics. He holds a PhD from the Energy and Resources Group at the University of California, Berkeley, as well an MA in Environmental Planning and Management from Louisiana State University and a BA in Economics from Stanford University.

Paul has been the Research Director for EcoEquity since 2000, when he co-founded the group with Tom Athanasiou, with whom he also co-authored the 2002 book Dead Heat: Global Justice and Global Warming (Seven Stories Press). Together with Tom and colleagues at the Stockholm Environment Institute, he is a co-author of the Greenhouse Development Rights framework, an influential equity-based proposal for sharing the costs of global climate policy. His work has been published in a number of interdisciplinary journals and several published anothologies, including Fairness in Adaptation to Climate Change (Adger et al., eds. MIT Press 2006), Climate Change Science and Policy (Schneider et al., eds, Island Press 2009) and Climate Ethics: Essential Readings (Gardiner et al., eds, Oxford University Press, 2010). 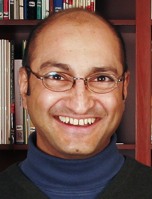 Sivan Kartha is a Senior Scientist at the Stockholm Environment Institute and Co-leader of an institute-wide theme Reducing Climate Risks.  His research and publications for the past twenty years have focused on technological options and policy strategies for addressing climate change, and he has concentrated most recently on equity and efficiency in the design of an international climate regime. His most recent work has involved the elaboration of a Greenhouse Development Rights approach to burden-sharing in the global climate regime ­– an approach that places the urgency of the climate crisis in the context of the equally dire development crisis afflicting the world’s poor majority.

Dr. Kartha has also worked on mitigation scenarios, market mechanisms for climate actions, and the environmental and socioeconomic impacts of biomass energy. His work has enabled him to advise and collaborate with diverse organizations, including the UNFCCC Secretariat, various United Nations and World Bank programs, numerous government policy-making bodies and agencies, foundations, and civil society organizations throughout the developing and industrialized world.   He is an author on the IPCC’s Fifth Assessment Report (Working Group III), co-leading the chapter on Sustainable Development and Equity. 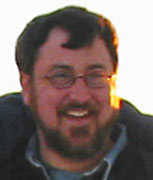 Eric Kemp-Benedict is a Senior Scientist at the Stockholm Environment Institute. His work focuses on sustainable development planning and scenario analysis. Past and current projects include scenario development for the Global Scenario Group, UNEP›s Global Environment Outlook, the Comprehensive Assessment of Freshwater in Agriculture, and studies in West Africa, the Baltic Sea, and China. In his facilitation and capacity-building work, he actively develops and applies tools and methods for participatory and study-specific sustainability analyses. As a scenario modeler, he specializes in the development of application-specific models within a participatory framework. In addition to scenario analysis and scenario modeling in general, Dr. Kemp-Benedict’s particular areas of interest include water, livestock and land use, poverty and income distribution, and social dynamics.